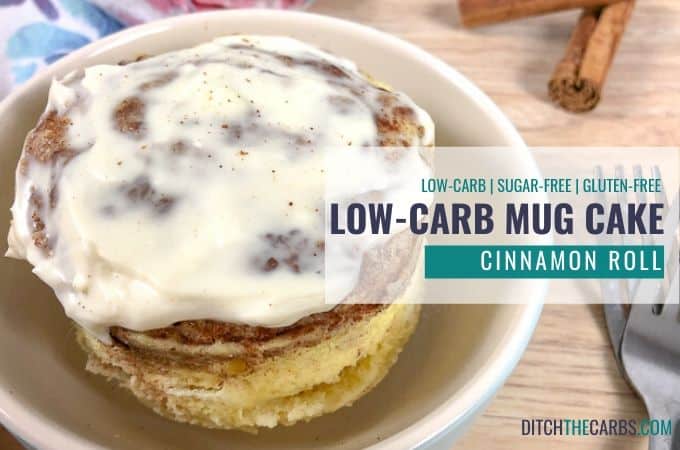 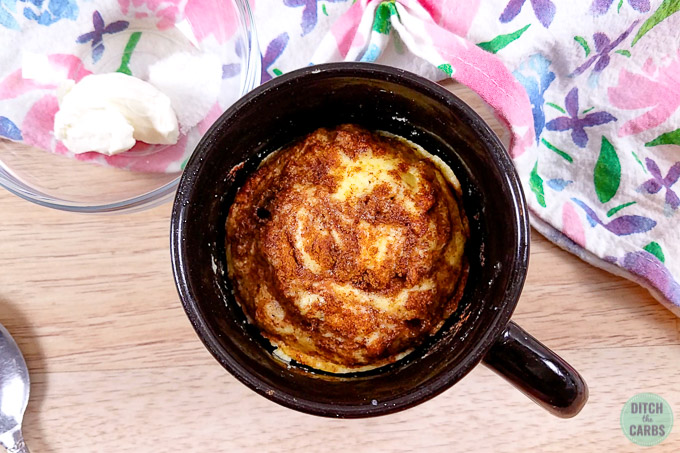 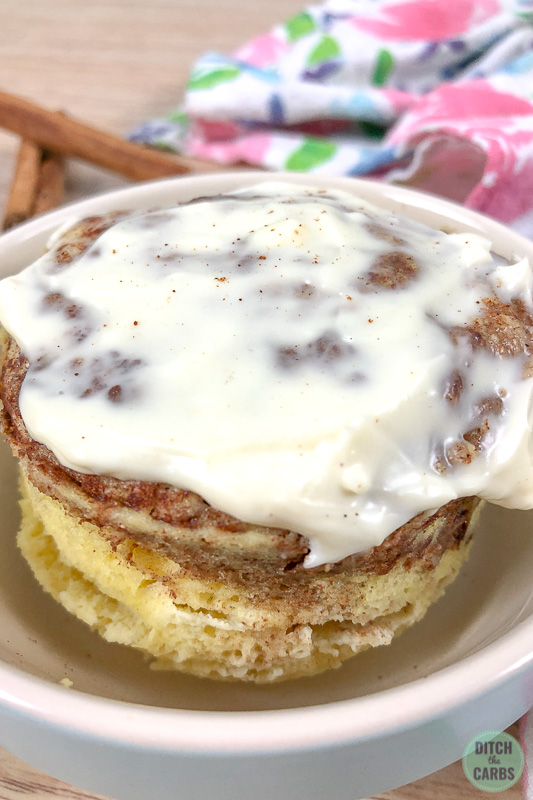 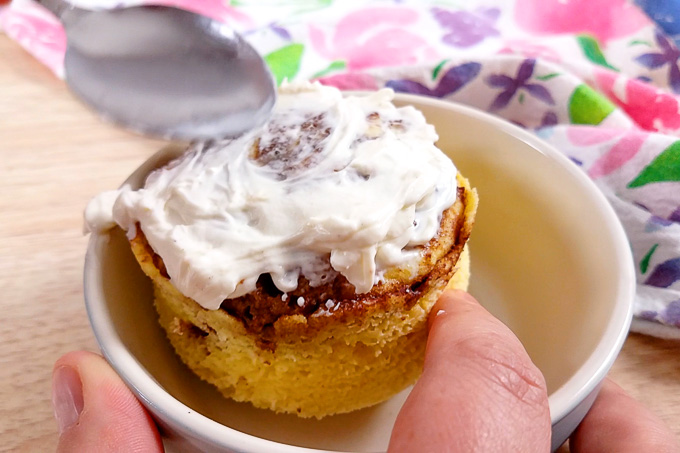 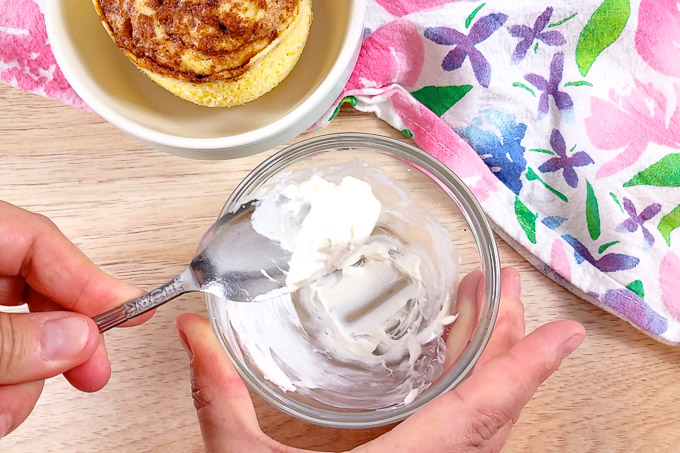 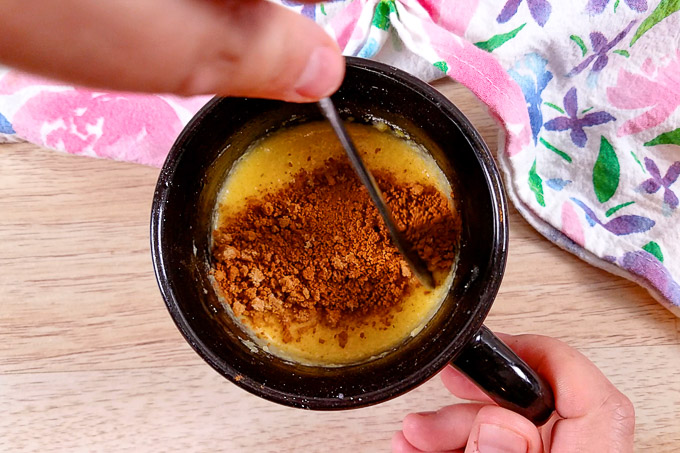 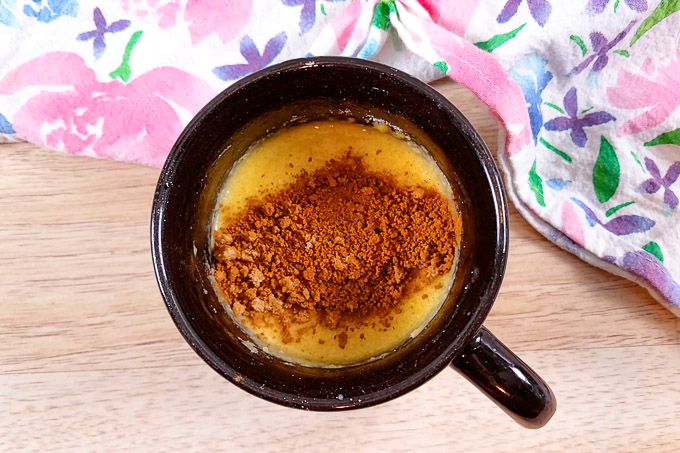 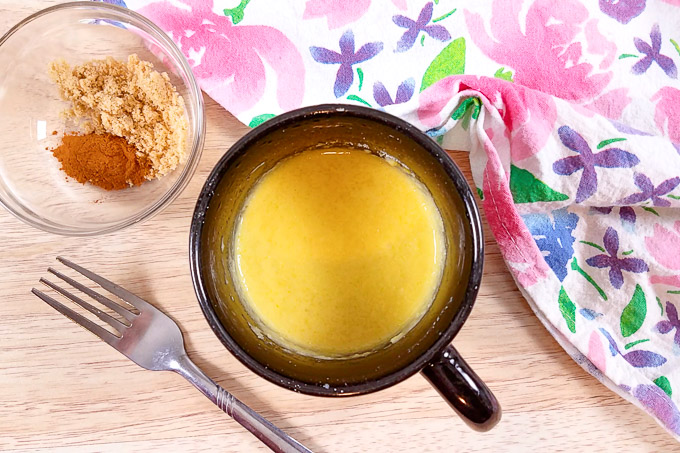 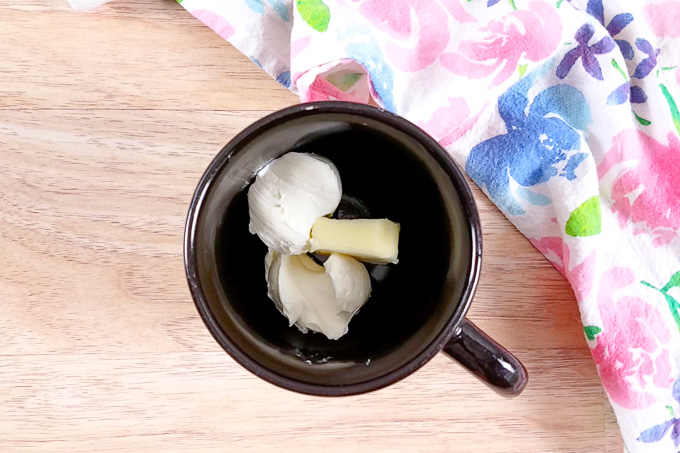 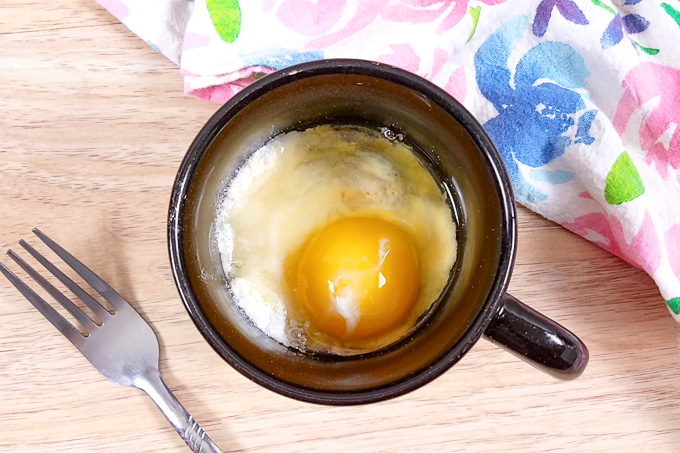 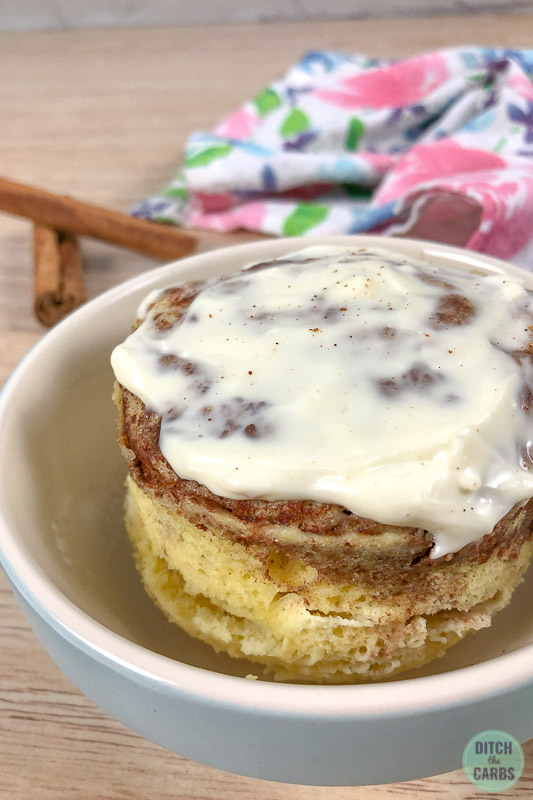 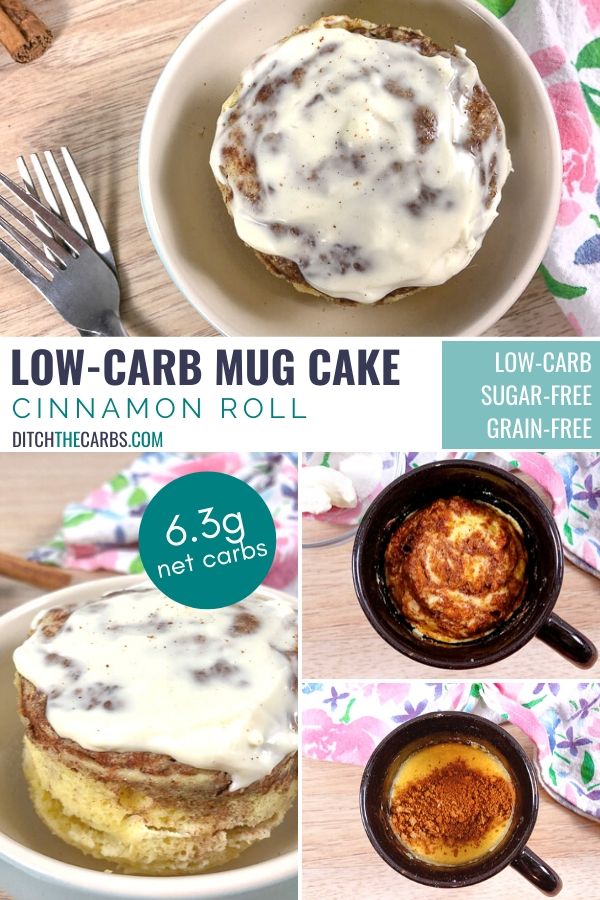 Who needs a cake fix every day?

Now you can make a healthy version in just 1 minute!

This cinnamon roll low-carb mug cake gives you everything you love about cinnamon without the high carbs and sugar.

Cinnamon rolls are one of those sinfully good treats that even when you aren't following low-carb you know you should only have every once in a while. The same concept should be applied to this low-carb cinnamon roll mug cake.

While this mug-cake only has 6g net carbs, a regular cinnamon roll can have between 30-70g net carbs, it is the highest net carb count of all my mug cakes.

If you are eating low-carb you can enjoy this cake as breakfast or a treat.

However, if you are eating keto only this cake will likely need to be eaten as breakfast and not a treat.

Be sure to scrape the bottom and side of the mug while mixing. Once done it is time to make your cinnamon swirl.

To make the cinnamon swirl combine the brown sweetener and cinnamon together in a small dish. It won't mix completely, but that's ok.

Next, pour the cinnamon and brown sweetener mix over the top of the batter. Using the back of a fork swirl the cinnamon mixture into the batter using a circular motion.

You want to try to push the cinnamon into the batter, but you don't want it completely mixed in.

How To Cook Low-Carb Mug Cakes

Now it is time to cook your mug cake. Place the cake in the microwave and cook it on high for 60 seconds.

Cook the cake for a little longer in 20 seconds increments until the cake is done. It only took 1 minute to cook in my microwave.

While your cake is cooking in the microwave whip up your cream cheese icing/frosting so that it is ready. To make the keto cream cheese frosting simply mix the cream cheese, sweetener, and vanilla together in a small dish with a spoon.

The cream cheese will soften as you mix it. When it is mixed, use the spoon to spread the icing over the warm cinnamon roll mug cake so that the heat makes the icing soften and melt.

What if You Don't Have A Microwave? - No Problem

If you do not have a microwave or don't like to use them you can still make this mug cake. You will instead want to bake your individual cake in the oven using a cupcake pan or oven-safe ramekin.

How To Serve And Eat Low-Carb Mug Cakes

Your mug cake can be eaten directly out of the mug, or remove the cake from the mug to serve it on a plate.

This cinnamon roll mug cake is delicious and is perfect for satisfying that sweet tooth every once in a while.

Get your FREE meal plan and 50 snack ideasSubscribe and DOWNLOAD NOW. 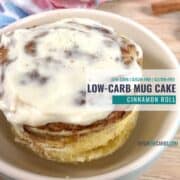 If you love quick and easy sugar-free recipes, these mug cakes are my favourite.

Previous Post: « 10 Meals You Can Make with Keto Fathead Dough
Next Post: Top 3 Mistakes When Starting Low-Carb Diets (And How To Fix Them) »

Join the Discussion & Ask Me Anything Cancel reply