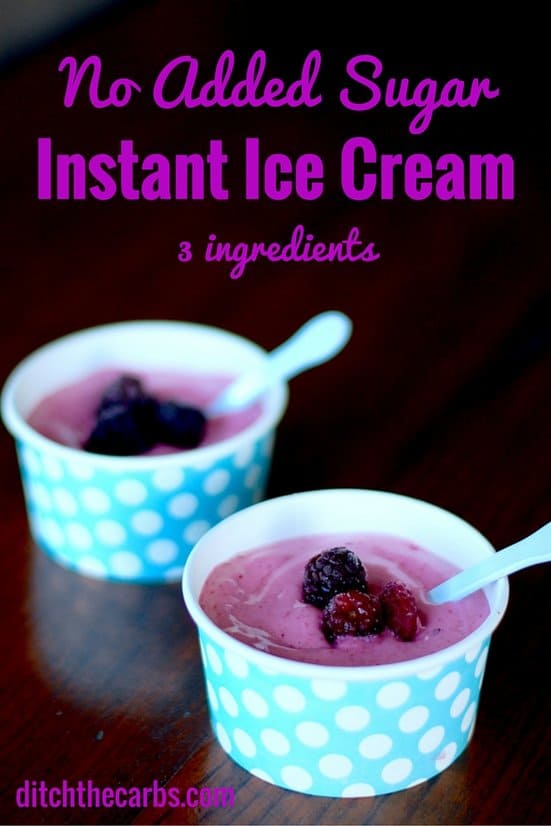 OK so maybe technically this isn't an ice cream but more of a frozen yoghurt, but that's what my children call it and what a lovely change to store bought ice cream. Making this 3 ingredient instant ice cream is such a fabulous and simple recipe and the best part is you don't even need an ice cream maker.

Ice cream and frozen yoghurts are generally incredibly high in sugars, preservatives, colours, thickeners and flavours. Making 3 ingredient instant ice cream has only 3 ingredients and is wonderfully creamy yet light. You can vary the berries to whichever is your favourite.

Berries are such a low carb friendly fruit as they are lower in sugars and are packed with nutrients and antioxidants.

So what is the difference between ice cream and frozen yoghurt? They are both frozen desserts made from dairy but by definition ice cream is made from milk or cream and must contain no less than 10% milk fat (or butterfat). There is no federal definition for frozen yoghurt. It is made using yoghurt but there is no requirement to state how much is in the final product.

So many frozen yoghurts should be more accurately be labelled frozen desserts.

Frozen yoghurt stores are popping up everywhere but I avoid them like the plague. They are sold as a healthy alternative to ice cream but here's a few things you should be aware of ::

Make instead my 3 ingredient instant ice cream in one easy step and suddenly you have a little bowl of heaven. With all sweet treats I post, they should only be eaten occasionally as the ethos of going low carb is to give up such sweet treats on a regular basis. But when you do want a sweet dessert, I believe it's better to have a low sugar alternative.

The 3 ingredient instant ice cream is made with natural unsweetened yoghurt. There is debate whether the beneficial bacteria survives in frozen yoghurts but this recipe is made instantly and eaten straight away, not stored in the freezer. 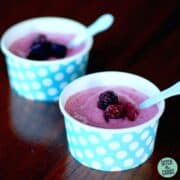 OPTIONAL - to technically call this an ice cream you will need to increase the fat. Add some full fat cream before you blend. Adjust the nutritional values accordingly. 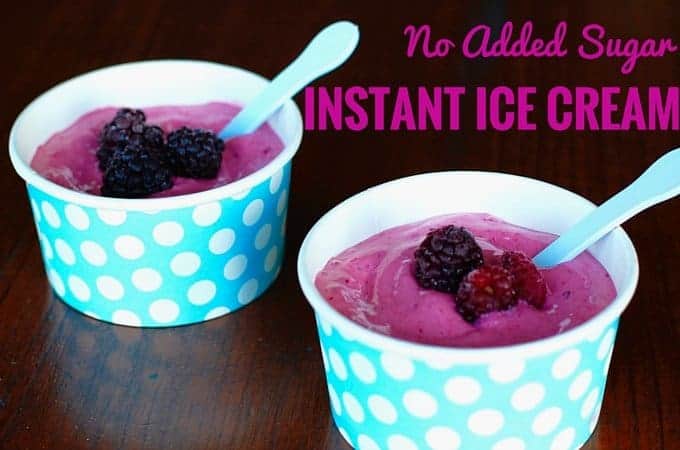