Slow cooker bacon and pumpkin soup is a wonderful and simple combination of flavours. Why not serve with a low carb grain free bread and lashings of butter. See below for the recipes.

After I published my low carb chocolate pumpkin pie and it was an absolute hit, it got me to thinking of new ways to serve pumpkin.  My slow cooker bacon and pumpkin soup just gets thrown together in the slow cooker for an easy family meal - a really easy set and forget meal. 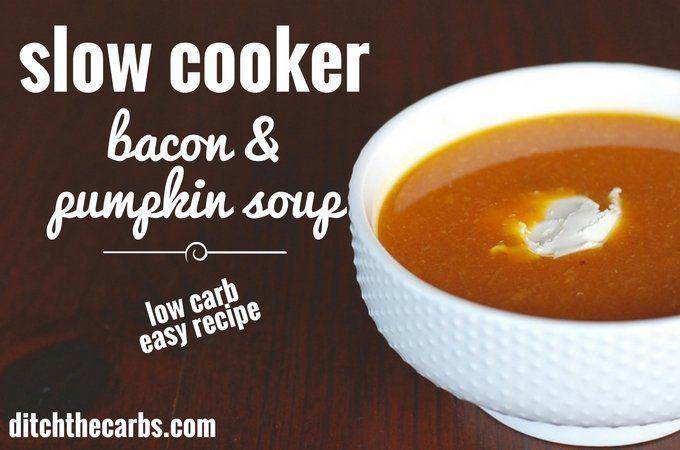 If you have been following Ditch The Carbs for a while, you will know how much I rely on my slow cooker. You just bung everything in (no I don't pre cook, fry, sauté or any other time wasting nonsense), turn it on, and you have the most wonderful dinner to come home to.

What is a bacon hock?

I have used bacon hock and bacon bones before in recipes but my American followers are confused. The picture below shows what I can buy here in New Zealand. By definition, bacon hock is similar to ham hock.

They are the same joint from the pig but bacon is cured and salted, whereas ham is salted and cooked.

The confusion arises because bacon is generally made from a flank of meat with no bone. If you can't find a bacon hock where you live, ask your butcher for a ham hock or some other similar cured joint of meat. Let us know in the comments at the end what you have found in your country.

This is the perfect recipe for a busy family. Low carb slow cooker bacon & pumpkin soup.Click to Tweet

In reality, any meat bones would be lovely in this recipe, but you may need to add salt and flavourings if the meat is not cured in any way. I don't add salt or herbs to this recipe because the bacon hock imparts a lovely salty smokey flavour.

If you were to use chicken bones for example, you might want to add some rosemary, garlic or other herbs and seasoning to taste. Remember to remove all the bones before serving, especially chicken bones which are tiny. Why not keep the bones from roast dinners in the freezer, ready for when you want to make slow cooker soups? 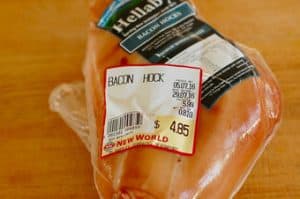 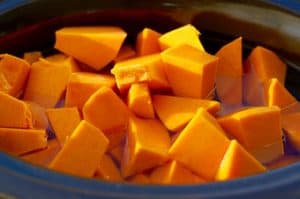 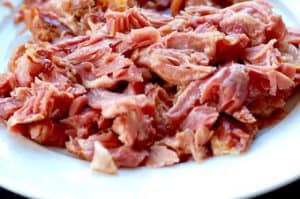 Pull the bacon from the bone 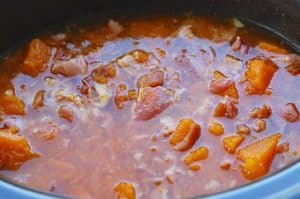 Removing the meat from the bones

Bacon hock is so cheap and so tasty. Once it has been cooking in the slow cooker for a few hours, remove the joint of meat from the slow cooker and place it on a chopping board to start pulling the meat away from the bones.

All the collagen, gelatine and amazing nutrients will have been boiled into the soup so you may discard the bones now and place the meat back into the slow cooker dish.

You can serve the pumpkin and bacon soup as it is, rustic, lumpy and pieces of meat clearly visible. Personally, I like to make it smooth with my stick/immersion blender. It's completely up to you. 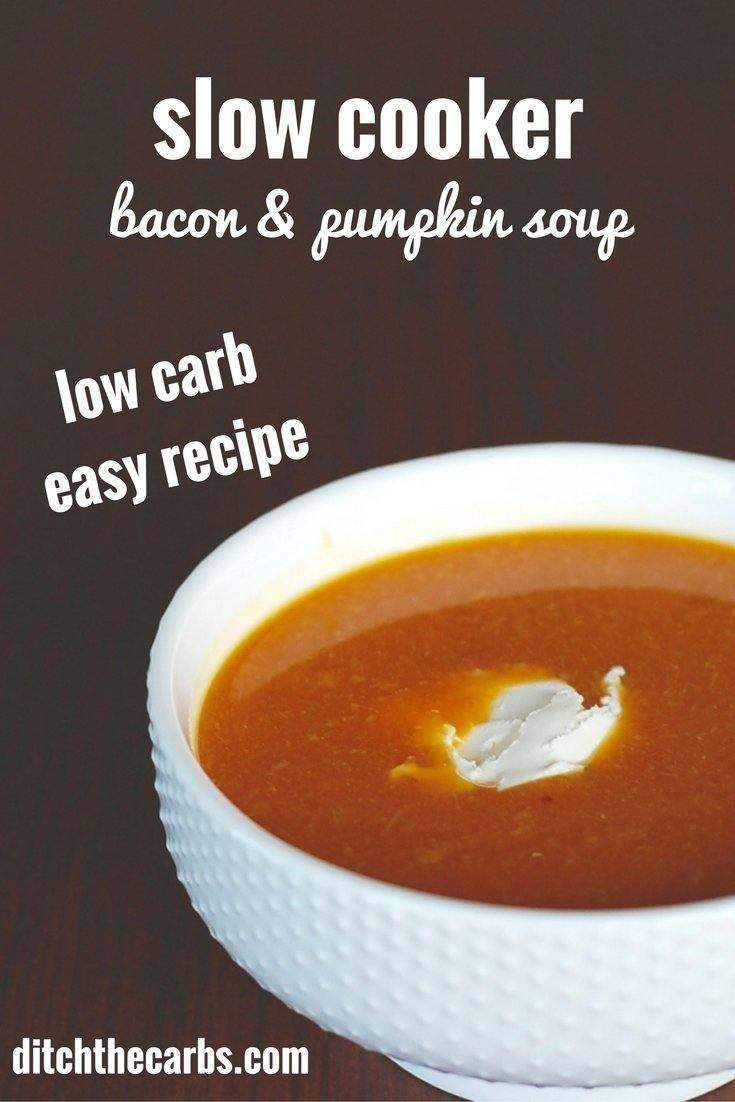 Pumpkin is 6.5g net carbs per 100g
Bacon is negligible carbs depending on whether it has been cured using sugars 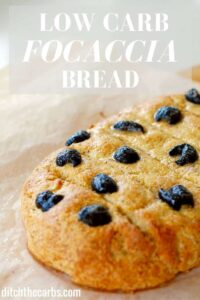 Why not serve with a low carb focaccia bread? This can be made as one loaf or rolled out to become a flatbread. Simply slice and serve with lashings of butter or toast before serving.

You can also add garlic butter. Either to the bread or as a garnish to the bacon and pumpkin soup.

I also have a recipe for garlic bread and almond flour bread. Both are quick and easy. 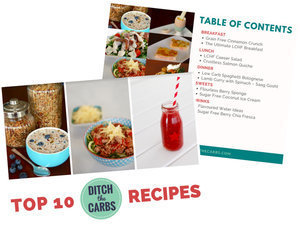 As a newsletter subscriber bonus, you receive my Top 10 low-carb recipes eBook. You'll get tips, guides, support, discounts and be part of my wonderful email community. You also are agreeing to our Privacy Policy

Success! Now check your email to receive your eBook and to confirm your subscription.