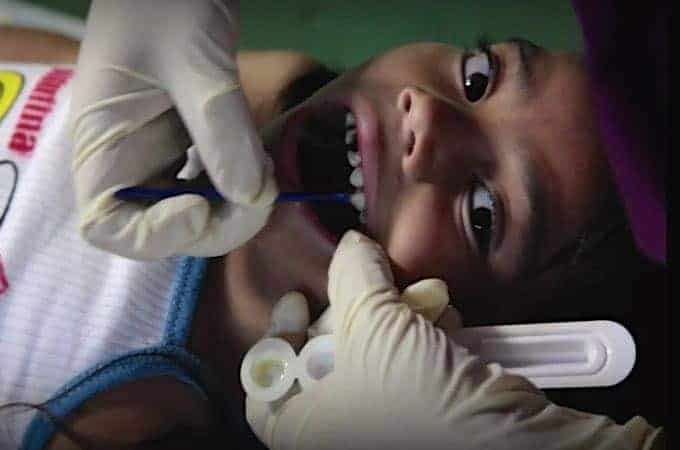 This was shared to me on Twitter and I had to re-post it. Junk food companies have a lot to answer for. Obesity, T2 diabetes, tooth decay and junk food are increasing at an alarming rate and these developing countries do not have the resources to handle such modern diseases.

Karen Sokal-Gutierrez, Professor and Paediatrician at UC Berkley, began to notice the decline in dental health over just one generation. She estimates 85% of children in rural areas have tooth decay.

Sugar and starch from junk food, along with a lack of education are having a profound effect on the health and dental decay of children in El Salvador and other developing countries.

Drinking a can of soda, having candy or a bag of sweets is seen as so harmless and innocent, but what about the bigger picture. Cheap junk food is crowding out real food and the marketing of such cheap snacks, drinks and sweets is taking advantage of the poorest people.

Advertising that it is 'modern' to eat junk food is wrong. Do they advertise 'modern' food brings 'modern' diseases?

The influx of cheap junk food is phenomenal. They sponsor everything from shoe shines to motorbike rallies and shops right across from schools. Their bottles of soda are super sized, 3 litre bottles are bigger than most you would find elsewhere. In 2009 25% of Cokes profits came from Latin America.

As they move into developing countries, it is especially frightening as these countries don't have the health resources needed to fight the epdemic of obesity, T2 diabetes and tooth decay.

"I know junk food isn't healthy, but they want it and I have to take advantage of what they want".

2 comments written when this was aired on PBS -