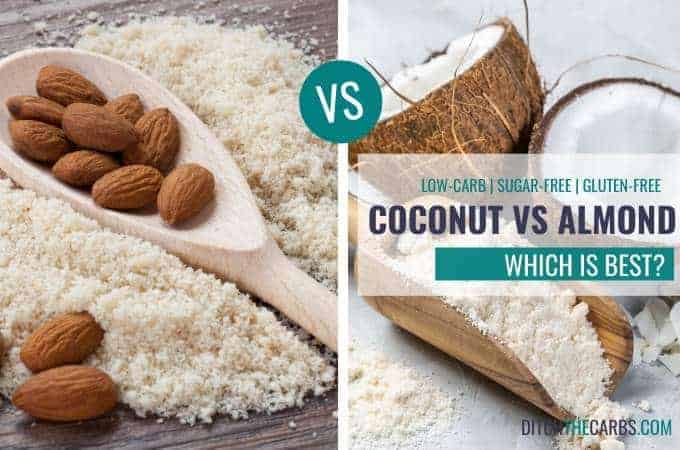 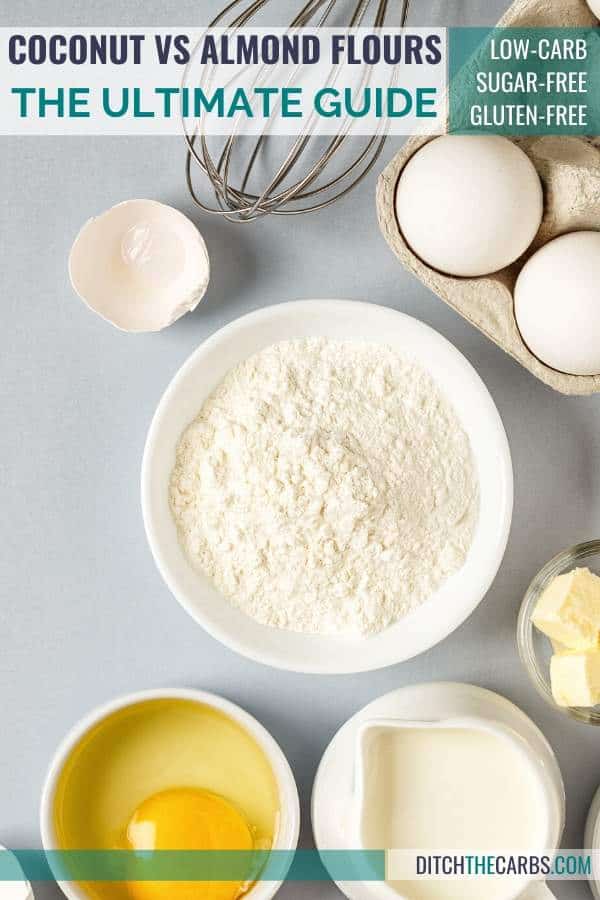 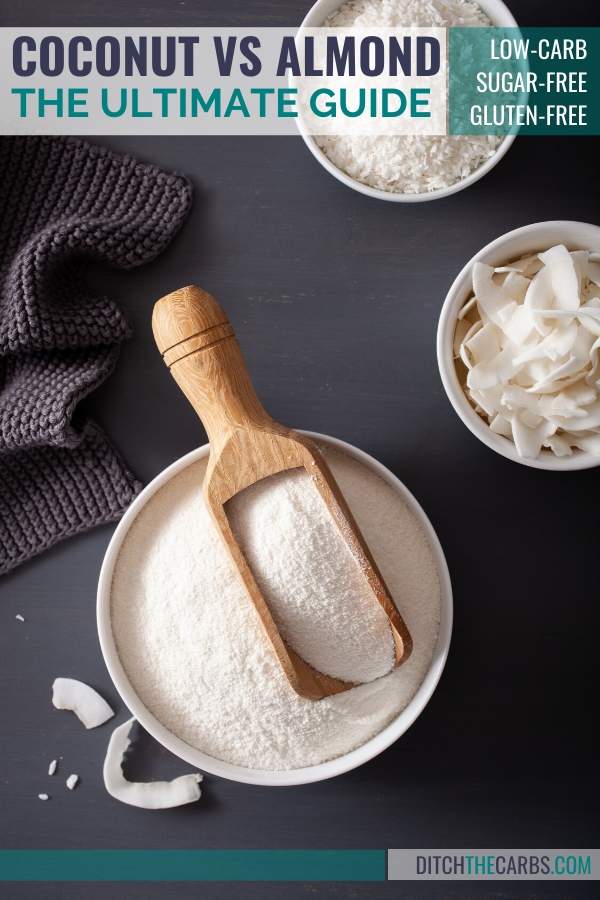 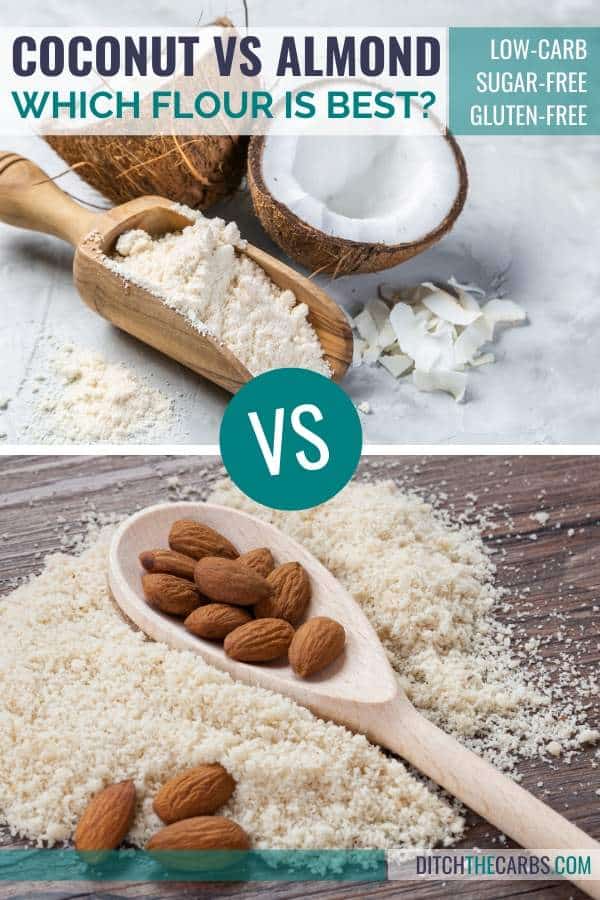 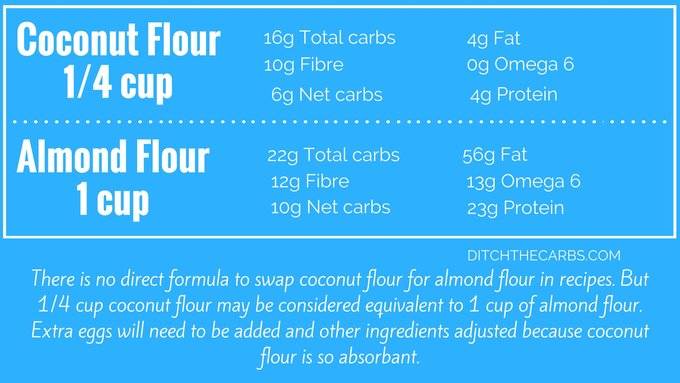 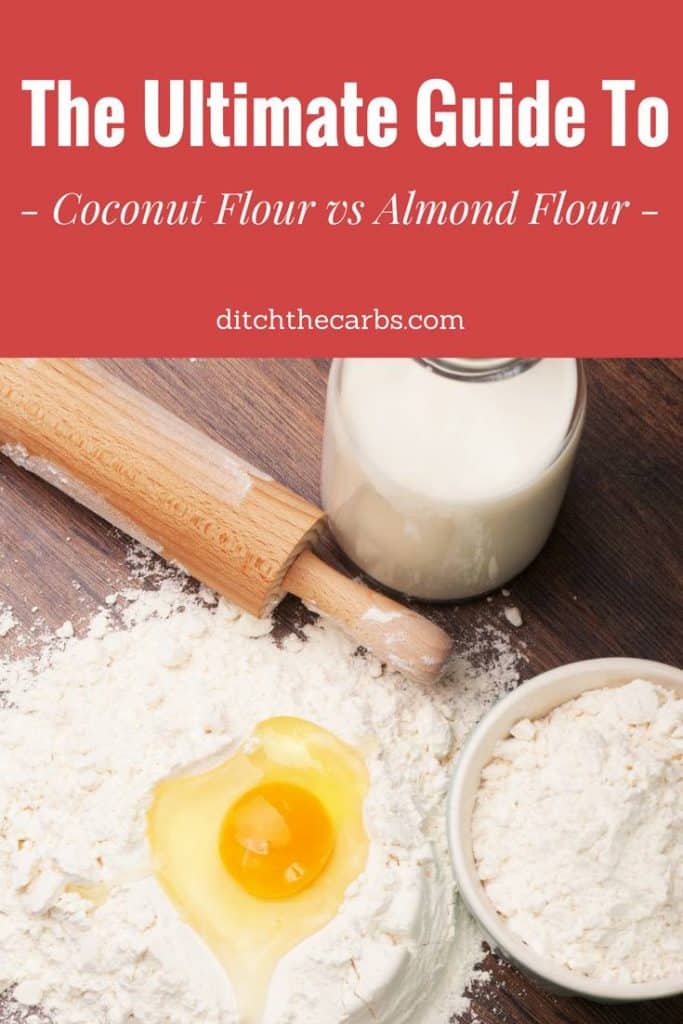 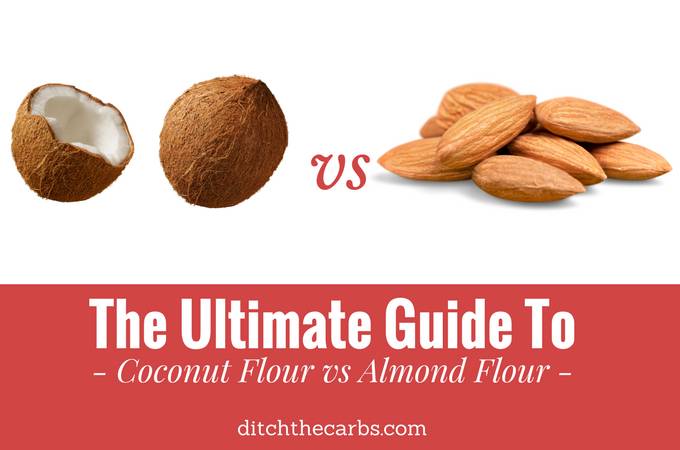 Are you confused about coconut flour vs almond flour?

Can these flours be easily swapped in recipes? Let's dig in ...

Low-Carb Flours - Which Is Best To Use?

Before we begin the coconut flour vs almond flour debate, you may wish to learn more about all low-carb flours. Read my Ultimate Guide To Low-Carb Flours.

It's a general overview of low-carb flours and how to use them.

Both are less processed than "healthy whole-grains", both coconut flour and almond flour are more nutritious without the need for fortification, that many wheat-based products often have.

As with most baking ingredients, there are pros and cons, so let's go through them.

And why am I beginning to use coconut flour more frequently in recipes?

What Are The Benefits?

3 BENFITS OF BAKING WITH COCONUT FLOUR VS ALMOND FLOUR

Why Am I Making More Coconut Flour Recipes?

It has been requested that I bake more frequently with coconut flour than almond flour.

But don't worry. If you don't like, or can't tolerate coconut flour, I will continue to develop new low-carb and keto recipes with almond flour/meal.

I love cooking with both low-carb gluten-free flours.

I will continue to add substitutions for older recipes. For example, I have added instructions to my Fat Head pizza recipe. You can now make it with almond flour OR coconut flour.

What Are 3 Differences Between These Low-Carb Flours?

So many low-carb recipes use almond flour/meal, it limits what baking we can send our children to school with.

Depending on where you live this may vary, but here in New Zealand, coconut flour is almost half the price of almond flour/meal.

Coconut flour is a pretty economical low-carb flour to buy and to use because you only use ¼ of the volume of almond flour.

Almond flour has a higher fat content but it is the quality of fat that is important to consider. Almond flour is high in omega 6 which is the inflammatory polyunsaturated fat we want to avoid in large quantities.

In the past, our omega 6:3 ratio was closer to 1:1, in modern times it has moved to be 15:1, i.e.: a highly inflammatory diet. "Excessive amounts of omega-6 ... promote the pathogenesis of many diseases, including cardiovascular disease, cancer, and inflammatory and autoimmune diseases, whereas increased levels of omega-3 PUFA (a low omega-6/omega-3 ratio) exert suppressive effects." Source.

It takes 90 whole almonds to make 1 cup of almond flour. It is too easy to overindulge in almonds from almond flour low-carb baking.

Unless you are very experienced at low-carb cooking, you cannot directly substitute coconut flour for almond flour in recipes.

This is the NUMBER ONE mistake everyone makes.

Readers tell me time and time again their baking has failed when they swap coconut flour directly for almond flour.

I always suggest that you begin to bake with coconut flour using recipes that have already been developed using coconut flour.

TOP TIP 1: The best recipes to begin converting are those that aren't heavily based on almond flour so a recipe that only used ½ cup of almond flour is much easier to convert to coconut flour than a cake that uses perhaps 2-3 cups of almond flour. It simply won't work.

TOP TIP 2: Some people are more sensitive to the subtle flavour of coconut flour than others. Coconut flour may need additional flavouring and sweeteners in sweet recipes or additional herbs and spices in savoury recipes to over-ride the subtle coconut flavour it has.

Coconut flour is dehydrated and defatted flesh from the coconut. It is the high fibre by-product of making coconut cream and coconut milk.

Coconut flour is incredibly absorbent and it is best left to swell and absorb the moisture it has been mixed with.

Because coconut flour is so incredibly absorbent, you will need extra liquids. Extra eggs are required to help improve the texture of the baking and to help the cake to rise.

Almond flour is a great replacement for breadcrumbs in recipes such as chicken nuggets, crumbed pork and grain-free fried chicken.

Coconut flour will work in many of these recipes, but you need to use only a small quantity and it may not give you that crunchy texture you are used to with breadcrumbs.

More recipes you may enjoy