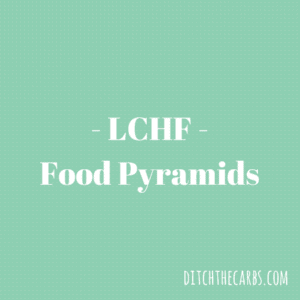 Why do we even need a food pyramid? A food plate? An eating well guide? Good question.

Why was the current food pyramid invented?

The 1970's dietary guidelines were a result of the McGovern report (watch the video clip here) and were written with virtually no science or clinical trials to support them. When asked by experts to slow down the process of writing such hefty guidelines, their response was "we don't have time for evidence". The first food pyramid was created in 1988.

Food pyramids are used as a visual guide to help people make good food choices and a balanced diet. This food pyramid encouraged a huge increase in carbohydrates and reduced fat. Yes, the guidelines were immensely successful in that they reduced the fat consumption by Americans by 15%, YET obesity and diabetes exploded. There has been no study published to support the recommendations of the dietary guidelines.

The legislation requires the Dietary Guidelines are reviewed every 5 years. The panel consists of 15 experts on nutrition, obesity, paediatrics, cardiovascular disease and public halt. Selecting the panel of experts is subject to incredible lobbying from organizations such as the American Meat Institute, the Soft Drink Association, Wheat Foods Council, Salt Institute etc. The USDA and FDA in America use these guidelines to dictate programs such as meals for the military and school lunch programs. They also determine what foods Americans buy. You can imagine the economic impact of changing one aspect. Reducing or increasing recommendations of food types translates into billions of dollars.

The 400 plus page document is reduced and summarized into user-friendly brochures, posters and diagrams such as the Food Pyramid or My Plate.

The NY Times ran a great article asking has the Food Pyramid and Dietary Guidelines all been a big fat lie? "Over the past five years, however, there has been a subtle shift in the scientific consensus. It used to be that even considering the possibility of the alternative hypothesis, let alone researching it, was tantamount to quackery by association.

Now a small but growing minority of establishment researchers have come to take seriously what the low-carb-diet doctors have been saying all along. Walter Willett, chairman of the department of nutrition at the Harvard School of Public Health, may be the most visible proponent of testing this heretic hypothesis. Willett is the de facto spokesman of the longest-running, most comprehensive diet and health studies ever performed, which have already cost upward of $100 million and include data on nearly 300,000 individuals. Those data, says Willett, clearly contradict the low-fat-is-good-health message ''and the idea that all fat is bad for you; the exclusive focus on adverse effects of fat may have contributed to the obesity epidemic.''

One of the best books I recommend you to read is Nina Teicholz "Big Fat Surprise". It uncovers the politics, deals, egos and legislation that has surrounded the food pyramid. Did you know the Heart Association was founded by a company who produces butter alternatives? Handy isn't it that then suddenly butter was out and the replacement was in. The shonky deals are mind-blowing.

This is a good example of a food template rather than the current food pyramid. Food that is based on real food, healthy oils and good quality protein. It's that simple. Photo credit to Dr Ted Naiman MD.

Eating low carb has been around for over a century. It is not a new fad, it is not a diet to be on/off for a while to lose weight. It is a way of eating for life to improve health and weight.

In 1917 the "Diabetic Cookery, Recipes and Menus" by Rebecca W Oppenheimer was published. It gave pretty sensible eating advice.

Food that should be STRICTLY FORBIDDEN by diabetics are sugar, juice, starches, bread, rice, flour, oats. Sadly this is now the base of the food pyramid and diabetics eating guidelines.

Foods that should be EATEN FREELY are butter, olive oil, all meats, all organs, cheese, eggs, fish. Sadly the butter and olive oil and good fats are now at the top and restricted in the food pyramid.

A diabetes explosion is predicted by 2030. In 1985 there were 30 million diabetics, and it is predicted that by 2030 there will be 438 million with many more pre-diabetic!

Look here for 1 week low-carb meal plan and how to get started. it's so easy. 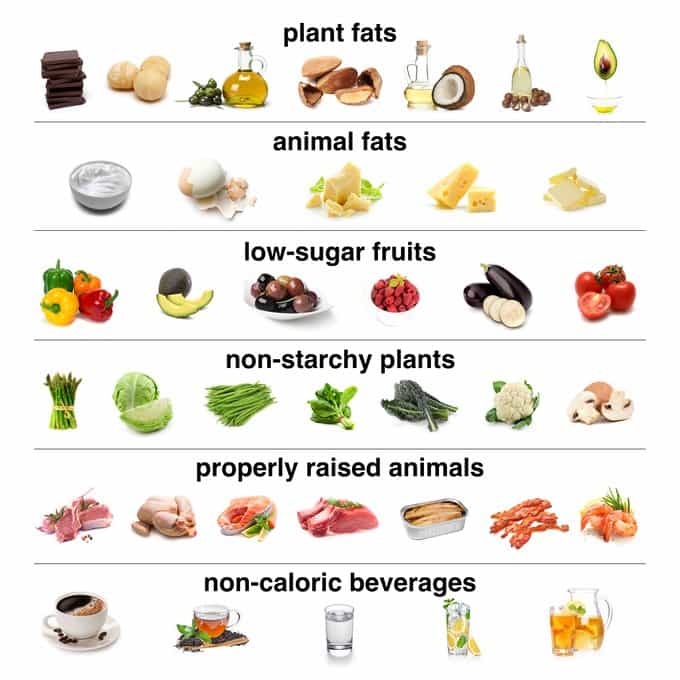