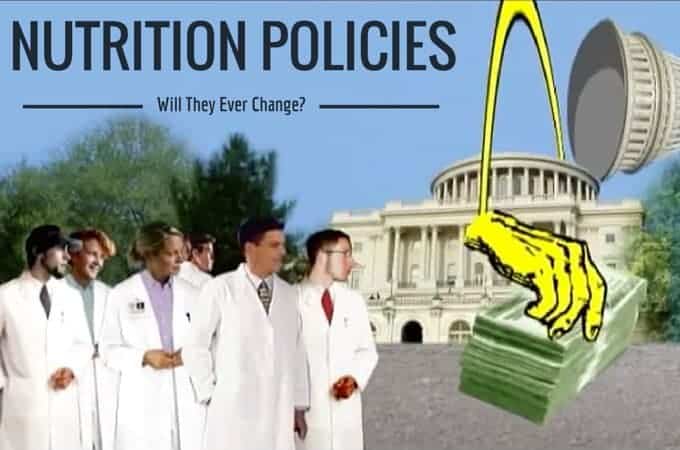 Is low-carb and keto the punk rock of nutrition? Rebellious, curious, defiant, political, not afraid, and 'alternative'. Yet in reality, it is mild-mannered scientists that are simply trying to correct decades of poor science and ill advice.

I'm no activist, but I want to know (as do the thousands following) who makes the nutrition policies and how can we ensure they're being revised and updated. Science has been around for decades so why are the guidelines not changing?

There is no evidence for the low-fat diet and study after study supports low carb in virtually all health outcomes. So why are these 40-year-old guidelines still hanging around? Or maybe it has started with  WHO (World Health Organisation) draft guidelines which will reduce the recommended sugar intake to 6 teaspoons for adults and 3 teaspoons for children per day.

There has been a barrage of articles within the last few weeks showing where the money comes from for health research, which in turn leads to guidelines and nutrition policies. These nutrition policies filter down into marketing, advertising and translate into products being reformulated to suit the current recommendations.

I've always said that I'm not writing an academic thesis here at Ditch The Carbs but simply sharing low carb, sugar-free recipes and current articles, but I am increasingly asked  "what is the game plan" "what is being organised to change policies" "who is in charge"? - and seriously, I would love to know.

Recently the world's first Low Carb High Fat Health Summit was held in South Africa. It has been an unparalleled success, with 16 of the worlds leading experts. Professors, doctors, scientists, researchers, surgeons, and dieticians.

They offered an open invitation for any sceptic to attend and have an open debate with solid scientific evidence that LCHF is causing any harm - it appears the sceptics were all too busy to attend. So how does that promote open discussion?

What I love about LCHF is that it is scientifically based and the experts welcome debate, but it would seem it is the opposite from those in power.

The mission statement from the summit is this - “The mainstream dietary advice that we are currently giving to the world has simply not worked. Instead, it is the opinion of the speakers at this summit that this incorrect nutritional advice is the immediate cause of the global obesity and diabetes epidemics. This advice has failed because it completely ignores the history of why and how human nutrition has developed over the past 3 million years.

“More importantly, it refuses to acknowledge the presence of insulin resistance (carbohydrate intolerance) as the single most prevalent biological state in modern humans. Persons with insulin resistance are at increased risk for developing a wide range of chronic medical conditions if they ingest a high carbohydrate diet for any length of time (decades).

Armed with this knowledge we have two choices. Either we can continue to ignore the evidence presented at this summit, and go on blaming the obese and diabetic for their sloth and gluttony (that is supposedly the sole cause of their obesity and diabetes). Or, if we are ever to reverse this epidemic that has become the greatest modern threat to human health, we need to admit that we have been wrong for the past 40 years, and must now change.”

In the UK, the Daily Mail reports that research into obesity receives hundreds of thousands of pounds of funding from the junk food industry, with one researcher receiving £200k from Coca-Cola. In total, she has been given £1.37 million towards her research from companies including Nestle, Unilever, Sainsbury's, Magnum ice cream and Ben & Jerry's. She replied "everything I do, whether in my research or as chair of the responsibility deal, is to try to improve public health.

I do think that requires discussions with the food industry, and I think it is appropriate that we should be encouraging them to invest in research conducted by independent scientists.” We will all form our own opinions about that but what is clear is the lack of trust when these companies are involved - "The public would be appalled to learn that scientists advising them how much sugar to consume has financial ties to the sugar industry."

Sugars Web Of Interest by the BMJ - An investigation has uncovered evidence of the extraordinary extent to which key public health experts are involved with the sugar industry. Have a play with the interactive sugar web on a desktop/laptop to see where the links are. You cannot tell me that these companies would continue to invest if there weren't favourable outcomes for them? Many of the advisors are also on advisory panels for the food and beverage industry such as Cocoa-Cola and Mars. 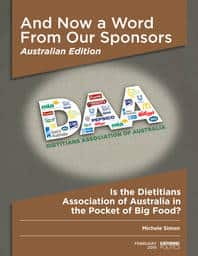 "And Now A Word From Our Sponsors" highlights how the Academy of Nutrition and Dietetics in the US has a serious credibility problem due to their incredibly close association with the junk food industry.

Dieticians New Zealand, Australia, UK and the USA all have varied but similar involvements/corporate partners such as Campbell's, Grains and Legume Council, Nestle, Unilever, Abbott, Nutricia, belVit breakfast biscuits, and Pepsi. These same dietician organisations then have affiliations with their countries diabetes board, food standards, Universities, nutrition societies, Ministry Of Health,

Exercise and Sports Science Australia, Healthy Kids Assoc, Kidney Health Aust etc. The US Academy of Dietetics goes even further and has an "Academy Mailing List Rental" (I kid you not) which "offers direct access to thousands of engaged, industry professionals".

And so my question is, who is working towards getting guidelines changed? Who is in authority? What is the game plan? Is it up to all of us to help change public perception? What can we do to help?

Leave a comment/suggestion and ask an expert in the field to leave a suggestion too.

Watch how the "Wisdom of Crowds" compares to the "Vision Of The Anointed".

" When people come to the conclusion they are fat and sick because their health advice is downright wrong and doesn't work, they go looking for something that does work. Looking for answers and with the emergence of social media, that is bringing back the wisdom of crowds in an enormous way.

And yes many of us may not have qualifications in dietetics or nutrition, but seriously, do we need to sit in a classroom to gain knowledge? I am sure I could have gained a degree from the reading and research I have done over the past 6 years. 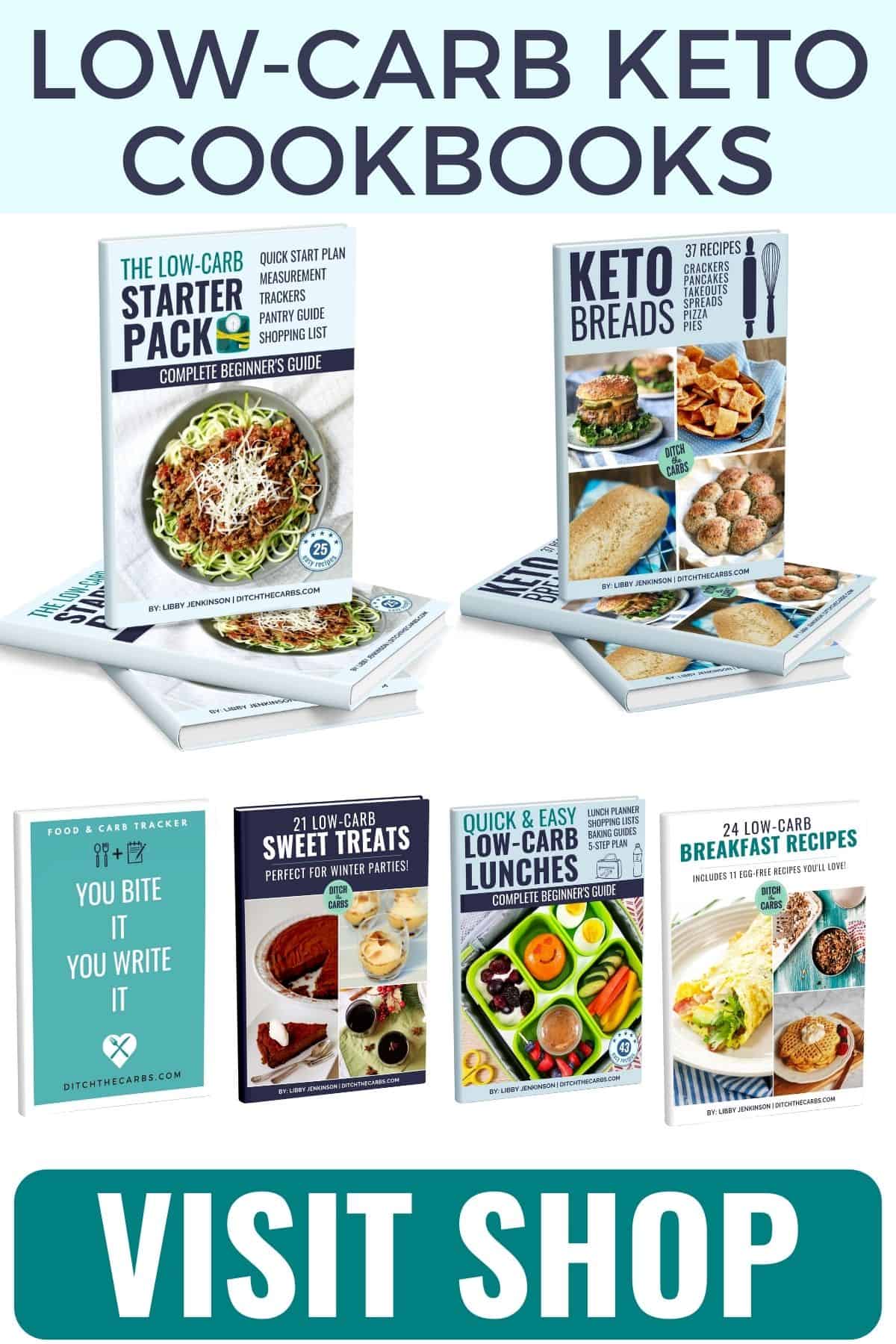