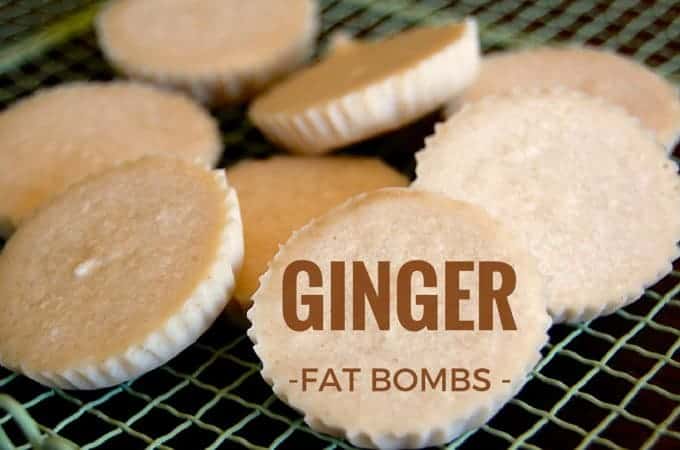 I have made a few fat bomb recipes and these ginger fat bombs have to be my favourite. Fat bombs will keep you fuller for longer, keep your carb cravings away, and contain a healthy dose of coconut oil.

Coconut oil is making a huge comeback for various reasons. It is high in lauric acid which is anti fugal and anti bacterial. It is also a great source of MCT (medium chain triglycerides) which are metabolised in the liver for rapid energy, and can produce ketones which have been shown to be therapuetic for brain function.

Snacking on coconut oil will keep hunger away.

Never heard of fat bombs? They keep your carb cravings away and are less than 1g net carbs. Click to Tweet

I use a combination of Coconut Butter and Coconut Oil

. Coconut butter is similar to coconut oil but the butter still has some fibre and white meat from the coconut. It has a richer taste.

The difference between them is similar to comparing peanut butter with peanut oil. There are some carbs in coconut butter, but most of it is fibre and it is great for those who do not like the texture of straight coconut oil.

If you like these, take a look at Chocolate Fat Bombs with walnuts or my Paleo Easter Eggs (just call them fat bombs any other time of the year). All are super simple recipes to make when you get hungry and want a quick snack. 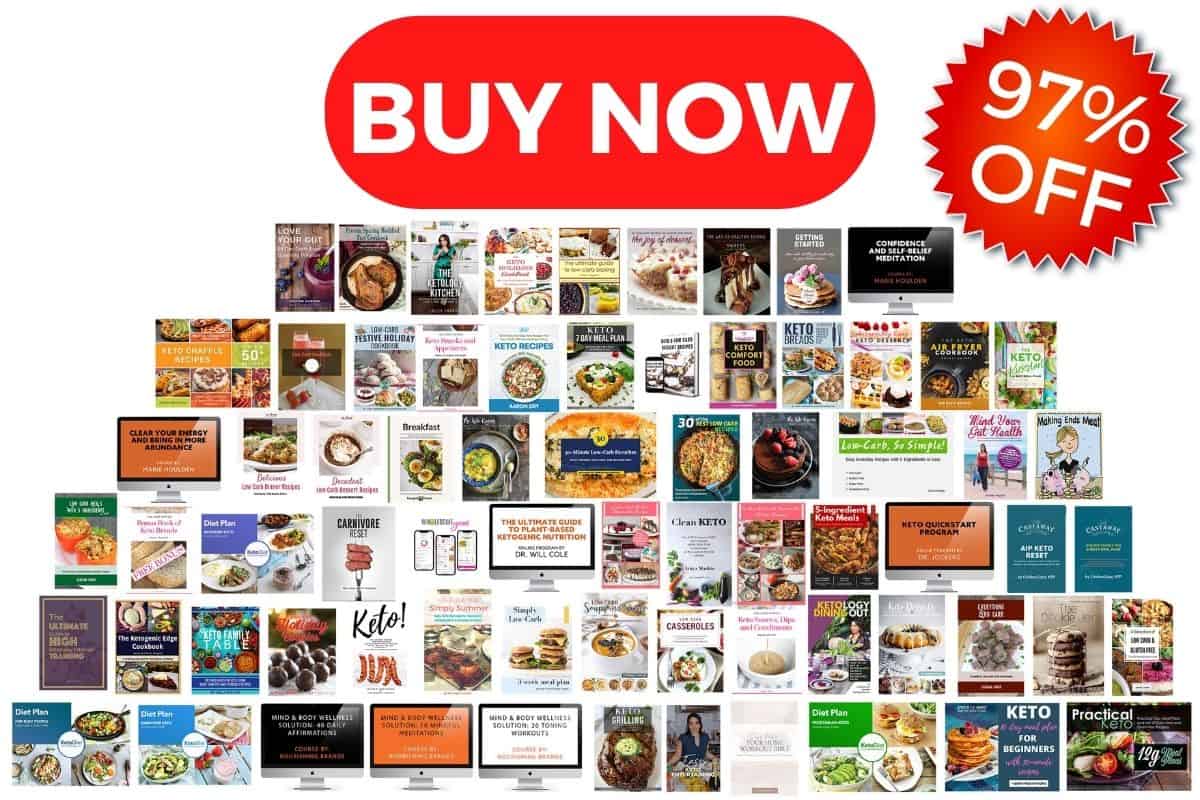 What other fat bomb flavours would you like to see? These are just a few of my favourites. 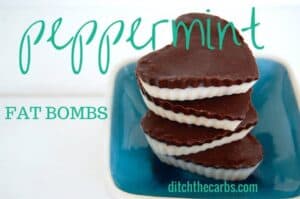 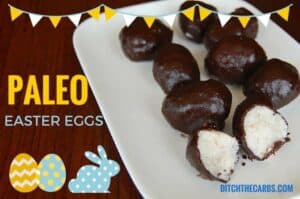 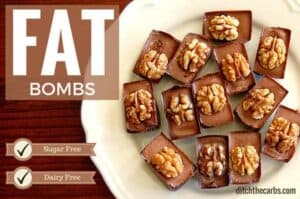 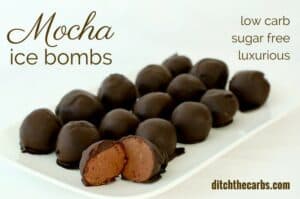