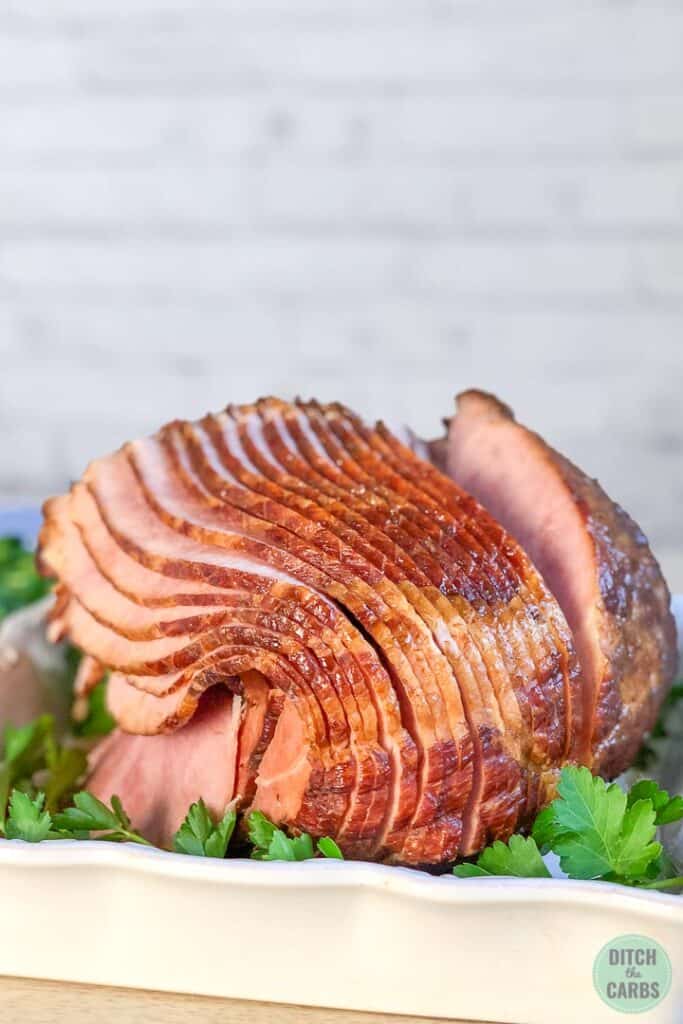 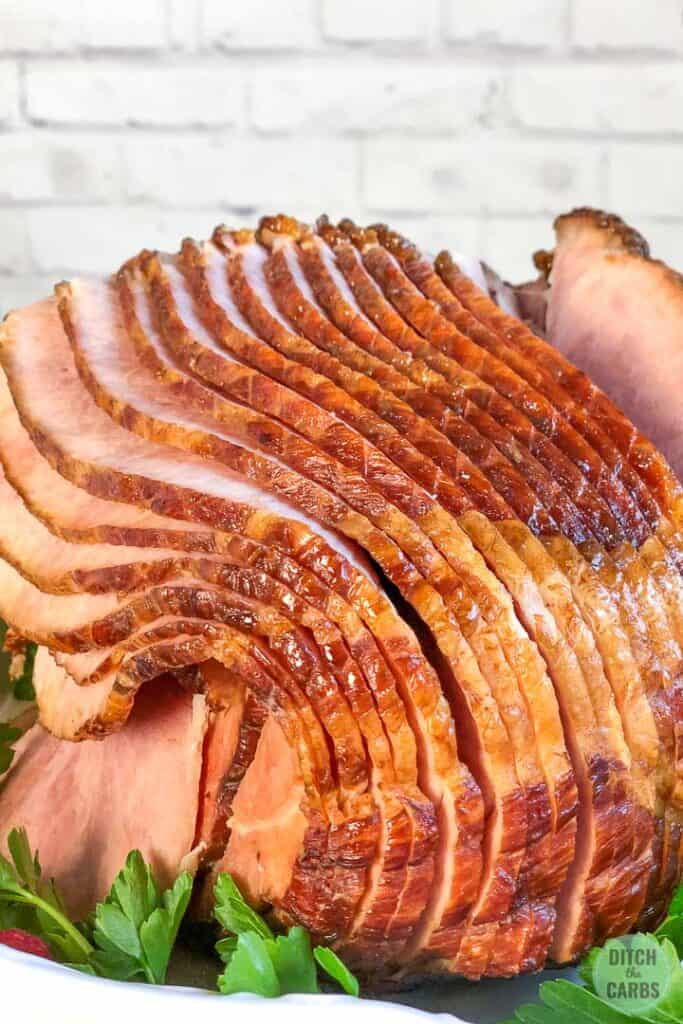 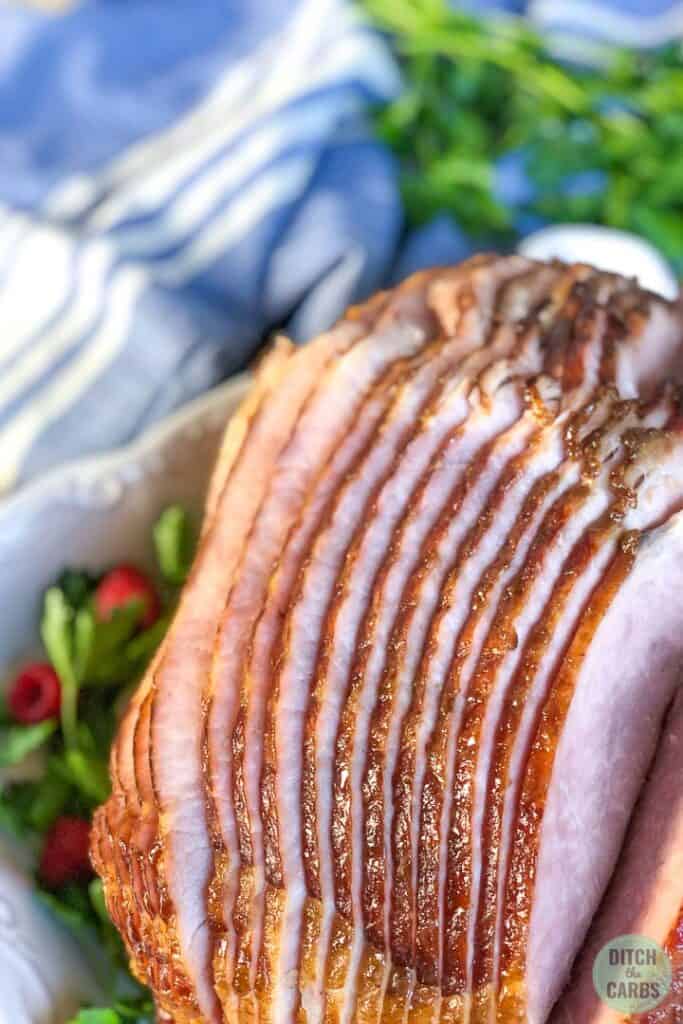 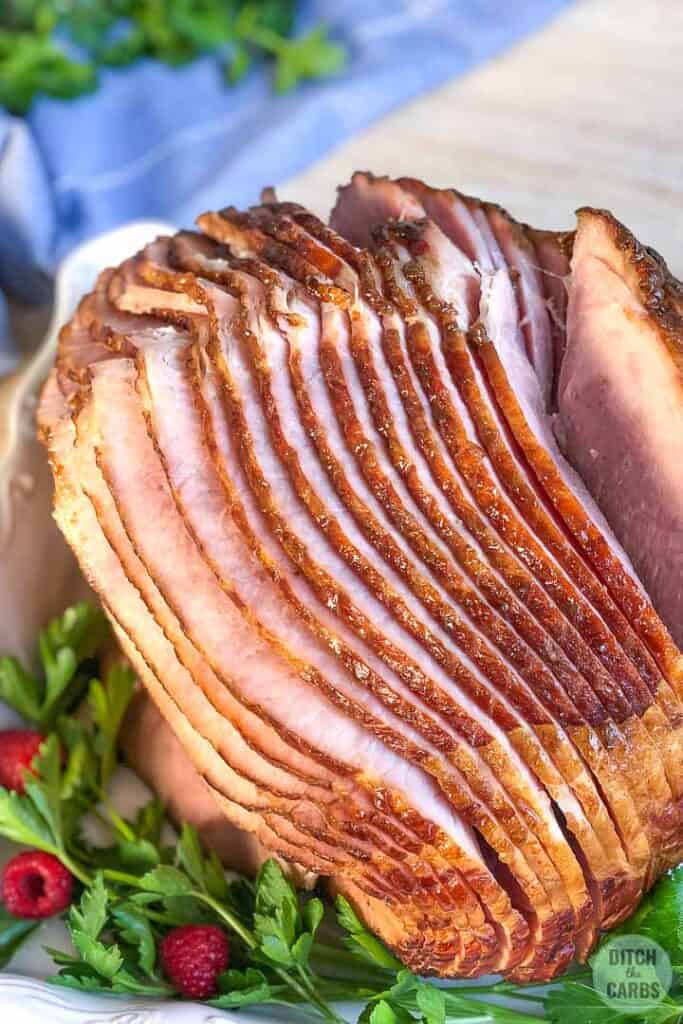 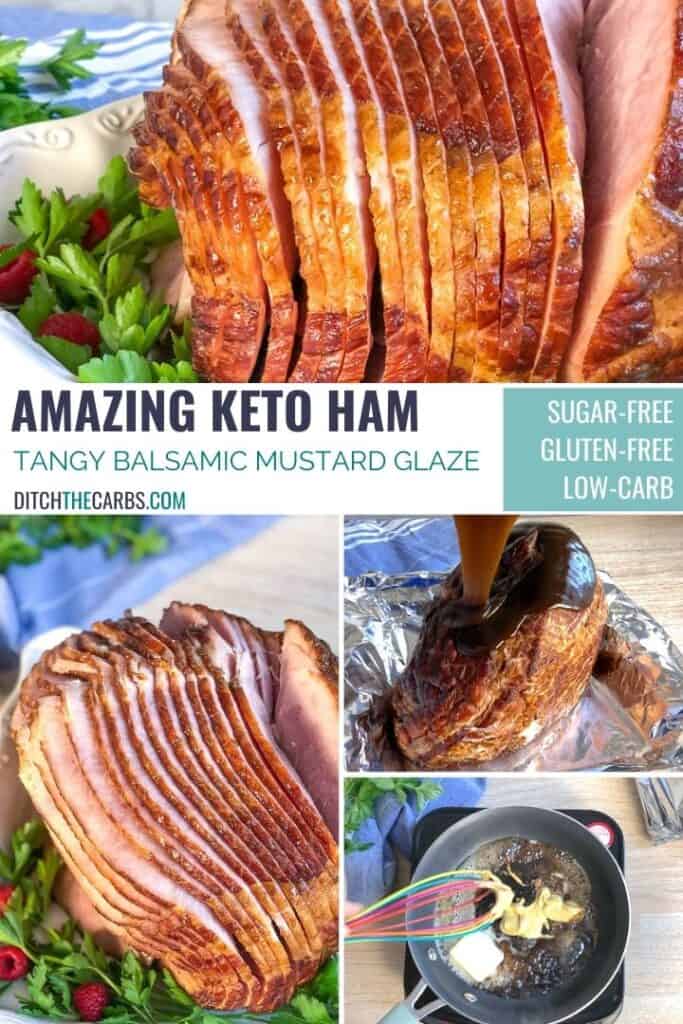 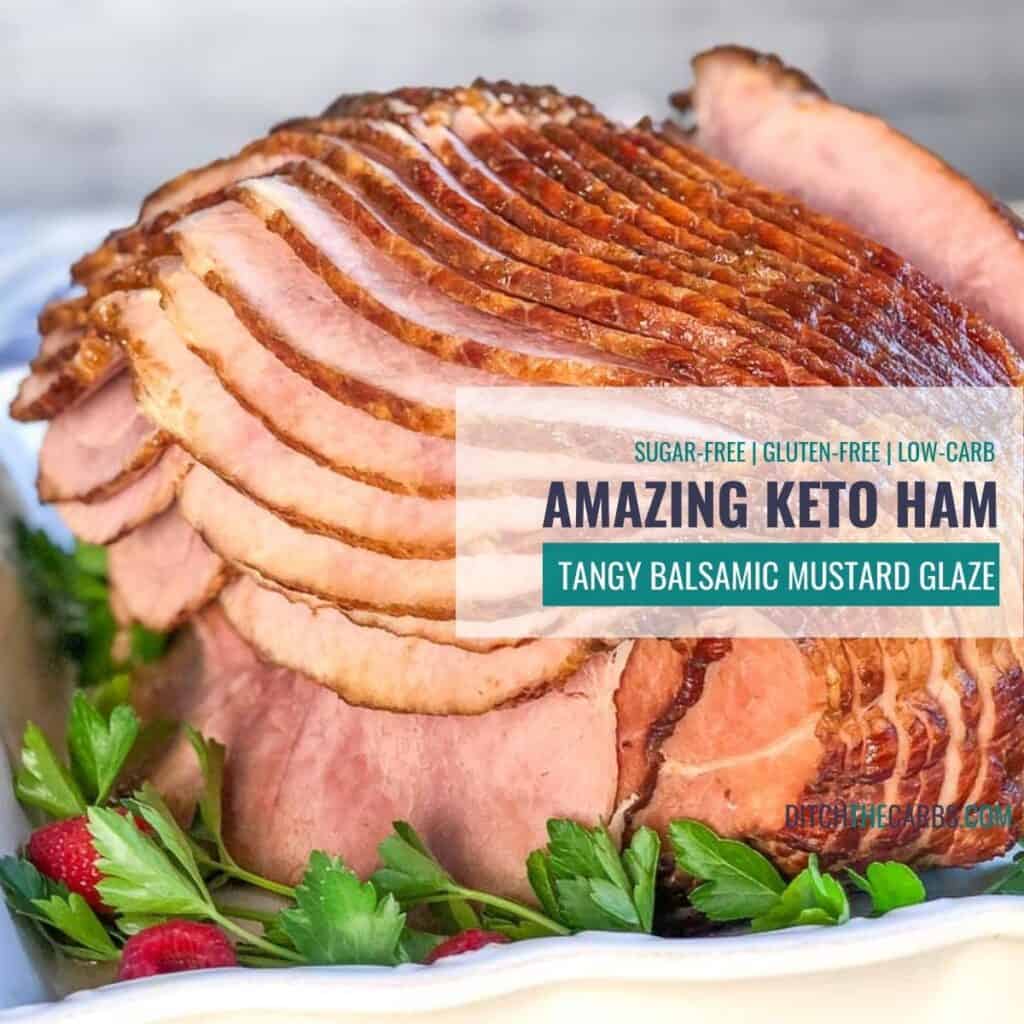 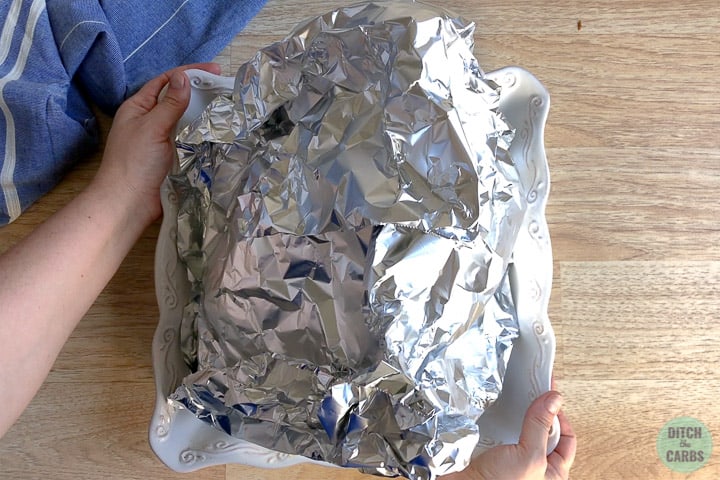 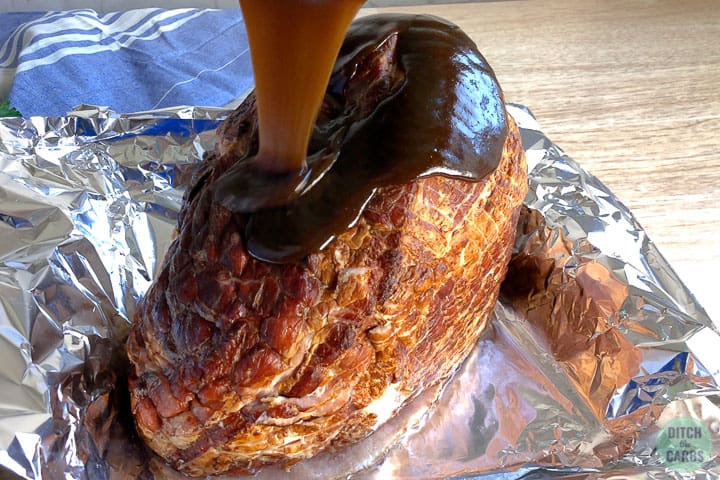 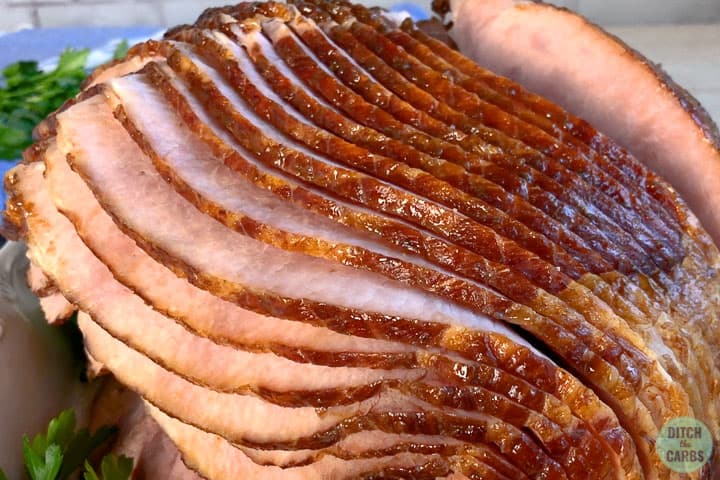 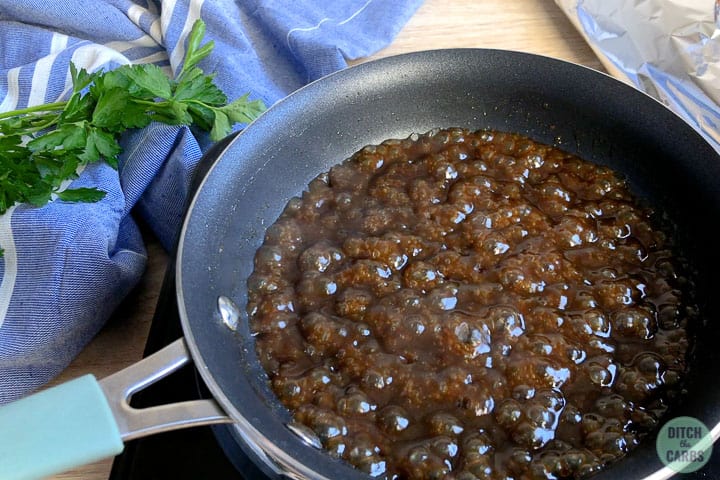 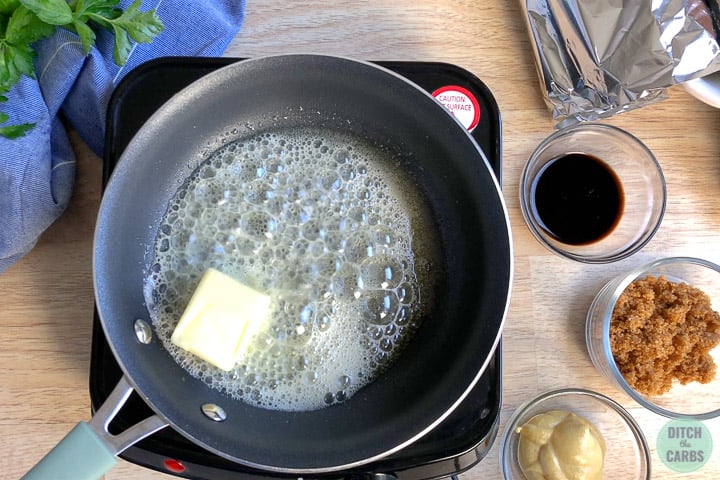 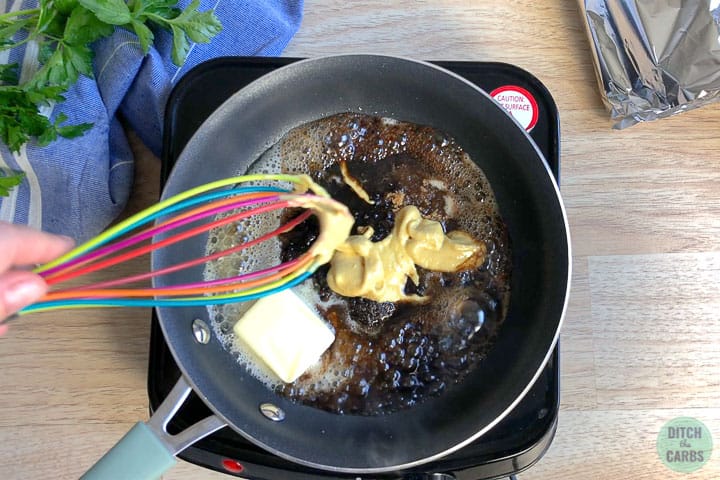 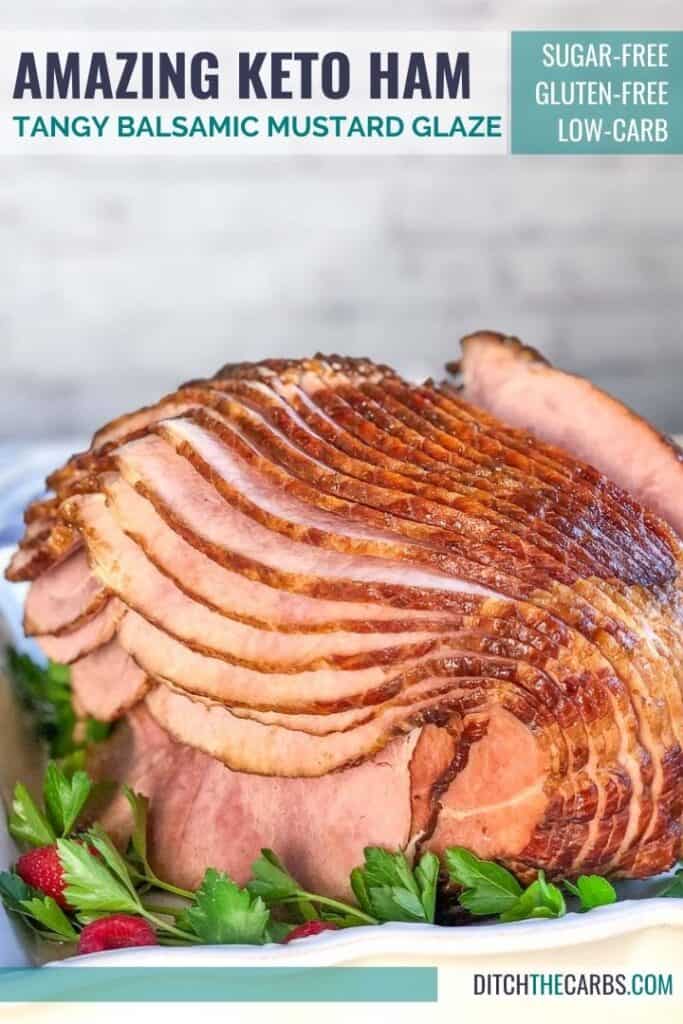 Bring ham back to your table with this amazing glazed keto ham recipe!

You only need four ingredients to make this delicious tangy glaze for your keto ham! Keep reading to discover how.

Glazed keto ham is the perfect addition to any meal. It is perfect for a special meal at home, bringing to a get-together, serving during the holidays, or simply to make ham in bulk and freeze as part of your weekly meal prep.

The balsamic mustard glaze on our keto ham is so easy to make you will be volunteering to bring the ham with you from now on.

The glaze is tangy and blends well with the saltiness of the ham. No worrying about overly sweet glazes with this keto ham.

How to make keto glaze

The glaze for the ham comes together quickly, so you will want to prep your ham first to ensure it is ready to go.

Spiral hams make the prep easy, but if you have a shank ham you will want to score the edges with a knife to allow the glaze flavors to infuse the ham.

Place the ham in the pan with the flat cut side down to keep your ham from drying out while cooking.

The keto glaze is easiest made in a small skillet and can be doubled if needed.

Next, pour the glaze over the ham while it is still hot and spread the glaze out with a basting brush if needed.

Cover the ham with foil and bake in the oven.

The foil can be removed from the ham during the last 10-15 minutes to allow the glaze to carmelize on the ham.

When the ham is done cooking let it rest covered with the foil for at least 10 minutes before serving.

If you're a beginner you may require twice the amount of sweetener as someone who has been living sugar-free for years. So don't be afraid to add more to each recipe. The longer you live sugar-free, the less sweetener in time you will require.

How to store leftover keto ham

Don't let that leftover ham go to waste. Pack it up and use it for additions to other meals and snacks. Your cooked ham with stay good in the refrigerator for 3-4 days and frozen for up to 1 year. Be sure to store it in an airtight container or freezer bag. If freezing some of your leftovers I recommend freezing them in smaller portions for easy use.

What to do with leftover ham?

Check out the list below for ideas of how to use leftover keto ham:

Ham has gotten a bit of a bad rep in some parts of the low-carb world. However, when made correctly, ham can be a welcome addition to your weekly meal rotation! Here's what you need to know about keto ham.

Yes! Ham is a great source of protein and healthy fat. However, just like with deli meat it is important to read the label to check for added sugars and preservatives.

You can learn more in my guide to buying prepackaged foods from the store.

It is usually the glaze and sauces the ham is cooked with that can make a ham not keto-friendly, but if you are making the glaze yourself you don't have to worry about the glaze kicking you out of ketosis.

The glaze also has minimal carbs, and it is spread out over the entire ham. So the carbs from the glaze are negligible.

Which ham has no sugar?

When shopping for a ham look for all-natural hams that are uncured or cured without sugar. Check the labels at the store, or look at a local butcher shop or farm.

Remember, you are looking for added sugar to the ham, not sugar in the packets or glaze that might come with the ham. The glazed packet isn't going to be used.

If you are having trouble finding a ham with no sugar added in the store, a quick internet search should help you locate farms that will allow you to order one online.

Once you make your own homemade keto ham, there is plenty of delicious recipes for using leftover ham. You can add cooked ham inside a reverse omelet, on a hamburger (keto Big Mac) salad, or inside a keto hamburger bun (that won't fall apart).

Side dishes for ham

Ham can be enjoyed all year round, but especially during the holiday season and festive season. It is incredible when served with keto cornbread stuffing, creamed Brussels sprouts (garlic and parmesan), and Brussels sprouts with bacon.

Keto ham can also be served hot or cold at a BBQ. Serve with hamburger buns, sugar-free BBQ sauce, or 1-minute mayonnaise. 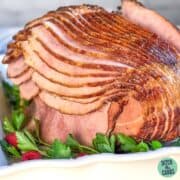 KETO CARNIVORE: Want to try the "every day" carnivore diet but need some easy and tasty recipes to give it a go? - DON'T WAIT - BUY NOW